The resource aims to boost their awareness of the positive benefits of encouraging and supporting gender equality from an early age. Launching the resource in December 2018, Maree Todd, Minister for Children and Young People said: “Evidence shows that gender stereotyping from a very early age has an impact on the decisions that girls and boys make about their future subject and career choices. This guide explains the importance of challenging gender stereotyping and provides ideas and examples for early years professionals of existing good practice.”

Children’s experience of childhood and play is becoming more gendered and polarised between girls and boys, with products such as toys, books, online resources and clothes increasingly being produced and marketed along gender lines. Academic research highlights the negative impact on all children of gender stereotyping and the important role that ELC can have in positively promoting gender equality. This resource has been co-produced by the Care Inspectorate and Zero Tolerance in order to help practitioners enhance gender equality for children across all ELC settings. As part of this collaborative project, we worked in partnership with other organisations including Play Scotland, Education Scotland and the Gender Friendly Nurseries Project.

The benefits for children and society more generally from the ELC workforce becoming more gender balanced is part of promoting gender equality. The current expansion of funded ELC means that many more staff are needed, which provides an unprecedented opportunity. This resource is therefore intended to complement the Scottish Government’s ongoing activity to attract more males to join the workforce, supported by key partners such as Skills Development Scotland and the Scottish Funding Council. The Scottish Government’s Equally Safe strategy, for the prevention and eradication of violence against women and girls, is also supported by this publication.

Gender equality has a high media profile and the public debate can often arouse strong emotions. This can mean that some ELC services are understandably nervous about their approach to gender equality and avoiding negative stereotyping. The resource therefore offers practical and helpful tips on how to promote gender equality in an accessible and non-threatening way. As well as sharing practice examples of what has worked well in a range of different settings, we also advise on other practice resources available to services, such as children’s books, toys and activities, training and further reading.

In 2013 Zero Tolerance published ‘Just like a child’, a guide for childcare professionals on respecting gender equality in the early years. In co-producing this resource we wanted to not only provide an update to ‘Just like a child’, but also to highlight a range of practice examples narrated by practitioners. This adopts a similar format to other Care Inspectorate publications intended to encourage improvement across all ELC provision, such as ‘My World Outdoors’ and ‘Our Creative Journey’. In common with these other publications, for each practice example the relevant Getting It Right For Every Child (GIRFEC) wellbeing indicators are referenced.

Picture books are a powerful tool for helping very young children make sense of the world. What children see in picture books, and the ideas that they take on board from the books they read can shape their view of the world for years to come. It is therefore very important that gender roles in picture books are not stereotyped or prescriptive. Children should have opportunities to see all girls and boys as bold, and brave and caring, sensitive, active or independent. By showing them that there are no limits on gender, we give children the freedom to be who they want to be from a very young age.

Here is a selection of wonderful picture books that challenge gender stereotypes and the roles of men and women in society.

• How to be a Lion by Ed Vere
• Clive and his Babies by Jessica Spanyol
• Rosa loves Cars by Jessica Spanyol
• Julian is a Mermaid by Jessica Love
• Introducing Teddy by Jessica Walton and Dougal MacPherson
• I’m a Girl! by Yasmeen Ismail
• Rosie Revere, Engineer by Andrea Beaty
• Baking with Dad by Aurora Cacciapuoti
• Tough Guys have Feelings Too by Keith Negley
• Flip and Find Builders by Samantha Meredith

As an online resource, Gender Equal Play has been downloaded more than 12,000 times and has generated considerable interest within the sector.  Gender Equal Play received positive national media coverage, including BBC Radio Scotland, and public support from OFSTED.

“Research, including studies from Scotland, recognise the negative impacts that gender stereotyping can have on children, and the importance of gender-equal play.  The Scottish Government guidance on the National Standard signpost’s readers to the Care Inspectorate and Zero Tolerance resource to promote gender-equal play in ELC.  By promoting play in ELC, which is gender equal, there will be lasting positive impacts on equality between different sexes.”

“Various reports and resources have been made available to the practitioners.  For example, “Gender equal play in early learning and childcare” is a new resource that the Care Inspectorate, working with Zero Tolerance, has put together for the early years.  Gender equality has been put much higher up the agenda in early years and primary education: the officers have a key role to play in that.”

Due to the impact of the resource and the range of organisations actively promoting gender equality in ELC, a Gender Equal Play Project has been formed.  Other project members include:

There are flyers for the resource available on request.

If you would like further information on the project, please contact Henry Mathias, Head of Professional Practice and Standards.

The Gender Friendly Nursery is a programme of staff training and resources aimed at supporting ELC establishments to reduce gender stereotypes and promote gender equality. They do this by:

GFN was developed, piloted and evaluated by NHS Greater Glasgow and Clyde and is currently rolling out to ELC establishments across the Glasgow City area. More information at: www.nhsggc.org.uk/gbvresources

Zero Tolerance works to raise awareness of gender stereotyping in the early years and how to encourage gender equality so that children are protected from the negative consequences of inequality and discrimination as they grow into adults.

We know that in societies with more gender stereotyping there are higher levels of violence against women. To prevent this violence from happening in the first place we need to start early and question the social norms of what is seen as ‘normal’ or what is traditionally expected of boys and girls in our society.

Anyone Can Play is a blog series covering the basics of gender stereotyping, common myths, as well as blog written by parents their experiences encouraging gender equality with their children - read them here.

You Can Be is a nursery-based project currently being piloted in Fife. Zero Tolerance is working with a selection of nurseries to develop a campaign to encourage nurseries to support gender equal practice.

"The Default Setting" research is based on a survey of over 1,300 parents and caregivers on their thoughts on gender stereotyping and children's early years. Read more here.

Zero Tolerance is the secretariat of the Gender Equal Play Project Group which aims to:

If you would like more information about this, please get in touch with jo.zawadzka@zerotolerance.org.uk

The approach is a whole-establishment one, tackling the root causes of gender imbalances, including addressing gender stereotyping and unconscious bias, in a sustained and embedded way.

The team are working regionally and are keen to make links locally. View this flyer and get in touch using the contact details provided if you would like to know more about the programme.

This CALA e-learning module is designed to support parents and practitioners understanding of how to support gender equality through nonbiased practice with young children.

The Health and Social Care Standards set out what we should expect when using health, social care or social work services in Scotland 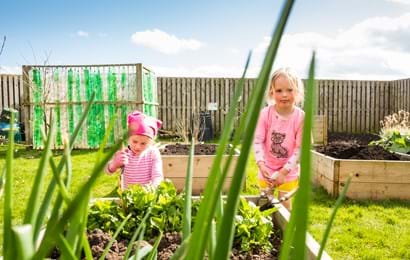 Daycare provided for infants and toddlers, pre-schoolers and school-aged children in a centre-based facility, such as a nursery, playgroup or afterschool club 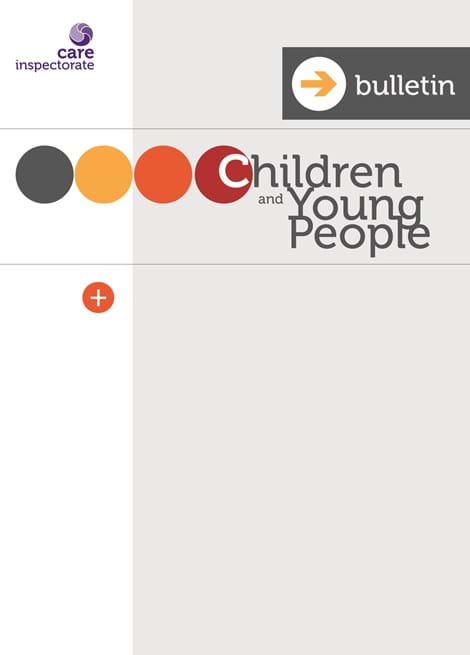