In September 2012, the Scottish Government published its Strategy for Justice in Scotland, setting out a "distinctive, outcomes-focused and evidence-based approach". The strategy outlines plans for a collaborative approach across the public sector and sets out a performance framework to track progress towards shared outcomes.

In July 2017, the Scottish Government published Justice in Scotland: Vision and Priorities, setting out its vision for ‘A just, safe and resilient Scotland’. A number of outcomes are included in the plan, on creating safer, cohesive and resilient communities, prevention and early intervention, proportionate, fair and effective interventions, and person-centred, modern and affordable public services. A Delivery Plan has also been published, which sets out key actions for 2017/18 under a range of priorities.

Key actions planned by the Scottish Government relevant to health and social care include:

The Justice Board, which includes Scottish Government Directors and the heads of partner justice organisations, will continue to monitor progress against the Vision and Priorities.

Progress in delivering the Vision and Priorities for justice in Scotland has been set out by the Scottish Government. The publication paper outlines work over the past year to achieve more than 80 key actions identified in Justice Vision and Priorities for Scotland and highlights further actions being taken forward over 2018-19. Actions achieved include the establishment of a new Health and Justice Collaborative and the opening of four new prison visitor centres.

In June 2015 the Scottish Government published its new youth justice strategy for 2015 – 2020. 'Preventing Offending – Getting it right for children and young people' is designed to build on progress made since the 'Framework for Action' in 2008 moved towards a child-centred, preventative approach, in line with Getting it Right for Every Child and provisions in the Children and Young People (Scotland) Act.

The new strategy focuses on the following priority themes: Advancing the Whole System Approach, Improving Life Chances and Developing Capacity and Improvement. A Youth Justice Improvement Board has been established, with dedicated groups set up to support the priority themes.

Also see: Evaluation of the Whole System Approach to Young People who Offend in Scotland (2015)

In December 2012, the Scottish Government launched a consultation on Redesigning the Community Justice System, outlining possible options for reform as part of the Reducing Reoffending Programme.

Following further consultation, in December 2014 the Scottish Government confirmed its plans for community justice reform. The Community Justice (Scotland) Bill was introduced in May 2015 and passed by the Scottish Parliament in February 2016.

The Act also enables Community Justice Scotland to make recommendations to Scottish Ministers on any action which it considers necessary to deliver improved outcomes.

The Scottish Government announced the appointment of Karyn McCluskey as Chief Executive for Community Justice Scotland. The new organisation formally launched in April 2017 and will develop expertise and provide advice to Ministers and local government leaders to strengthen how public services, third sector and other partners work together to prevent and reduce further offending.

The strategy also highlights the importance of the role of the third sector in helping to improve outcomes for people and communities through joined-up working. The strategy confirms an Implementation Group for the National Strategy for Community Justice will be established to develop and take forward an Implementation Plan in collaboration with stakeholders, including Community Justice Scotland.

An expert group focused on improving the delivery of community justice interventions was established in 2019, bringing together senior leaders from justice, health, local government and social work. The National Community Justice Leadership Group will focus on increasing public and judicial confidence in community justice by demonstrating its effectiveness in supporting rehabilitation and reducing reoffending.

The Scottish Government announced, as part of its legislative programme for 2017-18, that a Bill to increase the minimum age of criminal responsibility from 8 to 12 years would be introduced. The legislation includes measures for exceptional cases where it is necessary to investigate harmful behaviours by those under 12 years old and to recognise the impact on victims.

Scottish Government has confirmed it is to set up an advisory group to consider whether the age of criminal responsibility should be raised further, to 14 or 16, reporting within three years.

The Scottish Government has published the draft Children (Scotland) Bill, which is designed to strengthen the family law system and to ensure the best interests of children are at the centre of contact and residence cases. The Bill includes a range of measures, including the objective to regulate child contact centres and appoint a body to oversee standards. Other measures in the proposed Bill include amending the Looked After Children (Scotland) Regulations 2009 to put a duty on local authorities to place siblings under 18 years of age together when they are looked after away from home. The Bill also includes proposals to create a register for child welfare reporters and give children themselves the opportunity to express their views.

The Scottish Government introduced new legislation to enable greater use of pre-recording of evidence for child and other vulnerable witnesses. The Vulnerable Witnesses (Criminal Evidence) (Scotland) Bill  includes provisions to ensure that in certain solemn criminal proceedings the court must enable any child, or those deemed vulnerable, witnesses to give their evidence in advance of the hearing. The Bill was passed by MSPs on 9 May 2019.

Following the Justice Committee's Stage 1 report on the Bill, the Scottish Government commissioned Healthcare Improvement Scotland (HIS) and the Care Inspectorate to develop a set of standards to introduce the Barnahus concept to Scotland as part of a commitment to improving how the criminal justice system serves children, young people and their families. The original Icelandic Barnahus – or ‘Children’s House’ – is a child-friendly, interdisciplinary and multiagency centre that allows different professionals to work under one roof in investigating suspected child sexual abuse cases and providing appropriate support for child victims.

Following an initial workshop with 50 participants from across health, social work, justice, police and child-protection in June 2019, HIS and the Care Inspectorate have published their scoping report, providing a roadmap for the development of national Barnahus standards for Scotland.

Health and social care in prisons

In February 2017, the Scottish Parliament's Health and Sport Committee launched an inquiry to consider how health and social care is delivered in prisons, as well as the effectiveness of social care in prisons. After holding evidence sessions throughout the Spring, the Committee published its report on healthcare in prisons in May 2017. The report urged the Scottish Government to prepare a strategic plan covering prison social and healthcare.

The Cabinet Secretary for Justice, Michael Matheson, wrote to the Committee to confirm the Scottish Government has established a Health and Justice Collaboration Improvement Board, cochaired by the Director-General, Health and Social Care and Chief Executive of NHS Scotland, Paul Gray, and the Director General, Education, Communities and Justice Paul Johnston.

The Scottish Parliament’s Justice Committee has published its report on secure care and prison places for children and young people in Scotland. The Committee undertook an inquiry following the deaths in custody at HMP YOI Polmont of William Brown and Katie Allan. The Committee said it had concerns regarding provision of services in the secure care and prison system, particularly in relation to mental health, health care more generally and the support provided for education and other meaningful activities.

A National Accommodation Strategy for Sex Offenders has been published by the Scottish Government. The strategy forms part of the Multi Agency Public Protection Arrangements (MAPPA) and outlines out how housing contributes to those arrangements. The document sets out the arrangements and roles of local authorities and Registered Social Landlords when offenders, subject to the sex offender notification requirements, seek housing in the social rented sector. It focuses on assessing and managing the risks that sex offenders under MAPPA may pose by living in a particular community, location and property.

Integration of health and social care

Legislation which may be relevant to you and your service

The Health and Social Care Standards set out what we should expect when using health, social care or social work services in Scotland 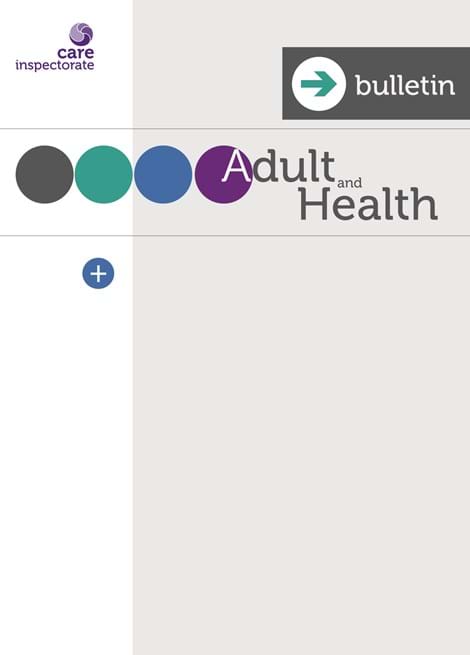